Wrestling has been a successful sport in the Olympics for Armenia. Half of the twelve Armenian Olympic medalists and were wrestlers. At the 1996 Summer Olympics in Atlanta, Armen Nazaryan won the gold in the Men’s Greco-Roman Flyweight (52 kg) category, and Armen Mkrtchyan won the silver in Men’s Freestyle Paperweight (48 kg) category, securing Armenia’s first two medals in its modern Olympic history. With Armenia’s only gold medalist, Nazaryan, only two silver medalists, Mkrtchyan and Arsen Julfalakyan, and half of entire Olympic medalists being wrestlers, wrestling is Armenia’s most successful Olympic sport. Armenia hosted the 2010 FILA Wrestling World Cup. The Armenian wrestling team came in third place overall and Armenian wrestlers individually won three of the seven gold medals. Traditional Armenian wrestling is called kokh (կոխ), and practiced in traditional garb; it was one of the influences included in the Soviet combat sport of sambo, which is also very popular.

I want to become an accountant. Everybody knows that our eduection system is good then others. I see my future in Armenia. My mother and father wants to become a good specialist, and they take came to me. I think that my future proffesion is invariable. Becouse my all decisions are explicit. I think that everyone revile find therself in their own profession. 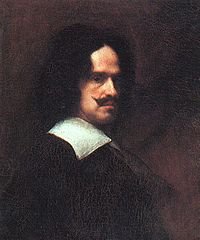 END_OF_DOCUMENT_TOKEN_TO_BE_REPLACED

George Gordon Byron, 6th Baron Byron, later George Gordon Noel, 6th Baron Byron, FRS (22 January 1788 – 19 April 1824), commonly known simply as Lord Byron, was an English poet and a leading figure in the Romantic movement. Among Byron’s best-known works are the lengthy narrative poems Don Juan and Childe Harold’s Pilgrimage and the short lyric “She Walks in Beauty.” He is regarded as one of the greatest British poets and remains widely read and influential. END_OF_DOCUMENT_TOKEN_TO_BE_REPLACED 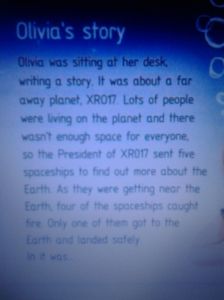 Olivia was sitting at her desk, writing a story. It was about a far away planet, XRO17. Lots of people were living on the planet and there wasn’t enough space for everyone, so the Presinden of XRO17 sent five spaceships to find out more about the Earth. As they were getting near the Earth, four of the spaceships caught fire. Only one of them got to the Earth and kanded safely.

In it was Olivia  too. When  the  spaceship landed everyone got surprised. They found out that it was the toy planet, the planet that they were  interested in. Olivia was so happy. She had not seen so many toys.They could speak,walk, dance and sing like human beings.She made friends with the  toys.Than had commands to go back to their XRO17 planet ,but their spaceship burnt too,and they had to stay,and live on the very  planet.they were very happy to inhabit on this planet.Later they decided to explore and discover many other planets too.